We take a holistic approach to training. We train the entire athlete including weight training. We offer a wide range of coaching services that includes, Triathlon, Cycling, Trail and UltraRunning. You’ll get frequent feedback and be able to talk with your Coach as often as you’d like. Day to day plan is a staple for Team Enduro coaches but we take it to the next level by giving you the WHY behind the plan.

HOW MUCH DOES IT COST? 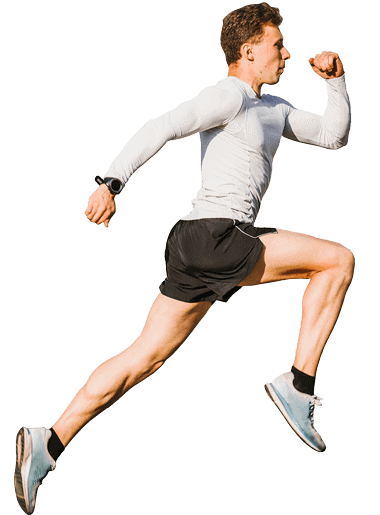 Why should you go with Team-Enduro?

We strive to cultivate a dynamic coach/athlete relationship through 1:1 attention every step of the way.

We provide a deep thorough analysis using data that is methodical, purposeful and focused on your goals.

We provide detailed tailored plans that are structured to your specific needs.

WE MAXIMIZE YOUR FITNESS

There is a science and art to maximizing your fitness and reaching your peak potential, and my job is to get you there. Wes Fornes is a lifelong athlete and endurance junkie. Wes hails from the state of Texas where he started his athletic career and was recruited from high school to cross country and track in University. Wes transitioned from long distance running to soccer and soon after took up cycling and triathlon. Wes got into Triathlon coaching when his friend he was coaching won the collegiate national triathlon championship and receive her pro card. This started his triathlon coaching career 15 years ago and has since been mentored by several elite coaches to round out his coaching credentials.

Wes’ love of an active lifestyle has lead him to expand his coaching career to share his love of all endurance sports. Wes’ philosophy is to focus on individual 1 on 1 relationships and write detailed training plans specific to each athlete; and he requires this same level of detail from all his coaches and training staff.

Our clients love us and here’s why Since I started training with Wes, I’ve enjoyed some of my best results in triathlon and running.  His program is very much customized to each athlete, with no redundant workouts. Wes did an awesome job in getting me to the 70.3 World Championships with a PR of 4:15. Simply put, he took my racing to the next level. Wes seems like he would be great with athletes of any level as he is patient, encouraging, and uses science to formulate the plan. I couldn’t have achieved what I did without his knowledge and support.