The Ultimate Guide to Your Next Triathlon 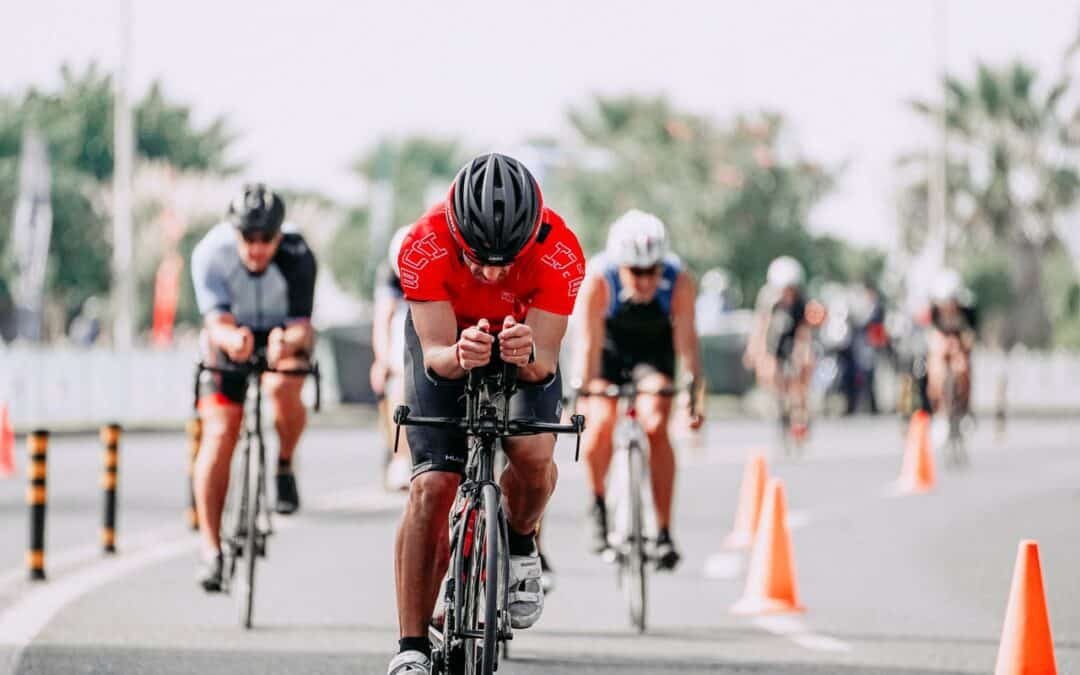 What is a triathlon? Simply put, a triathlon is an event that includes three various disciplines, simultaneously run in a single sequential event. While there are numerous types of triathlons, the most common one includes swimming, cycling, and running. Aside from being the most famous, it is also a standardized race type. Some of the recognizable platforms in the world of triathlon include Super League, Ironman, and ITU.

As the multisport setting has continued to evolve, more creative triathlon events with alternative disciplines to swimming started to emerge. For instance, swimming is switched with paddle sports, resulting in kayaking, cycling, and running. When it comes to the winter triathlon, the best alternative to a cold season would be cross-country skiing, fat tire biking, and snowshoe running.

One of the simplest ways to understand the definition of a triathlon is to compare it against duathlons, which include two disciplines. Usually, the order of events for duathlons are as follows: running, cycling, and running. Also, the first run leg will be a bit longer compared to the final run leg. Nevertheless, it only consists of two disciplines compared to triathlon which likely includes three disciplines.

A transition commonly separates each leg of the triathlon, also known as the “fourth discipline.” The most popular transitions are swimming to biking (T1) and biking to running (T2). For more aggressive athletes, they aim to quickly and efficiently get in and out of the transition. Almost any type of triathlon event has some type of transition area where the athletes get the chance to set up their gear before starting with the race. However, since every event varies, the extent of the space may differ widely.

The Order of Events in a Triathlon

The way how the events are arranged may differ depending on the disciplines that are included. For instance, in a traditional competition such as the USA Triathlon event, the common order of the events will likely be as follows: swimming, biking, and running. Swimming will always come first due to safety reasons. This is because athletes will gradually feel tired throughout the race.

This order of events is also applicable to all distances including the half-and full-Ironman triathlon, Olympic, sprint, and even off-road races such as XTERRA. Typically, the order of disciplines may differ for creative events such as kayak-hike-bike, paddle-bike-run, winter triathlon, and others. There are also adventure triathlons that require higher elevation and longer distances, also known as the hybrids of traditional events. For instance, Sea to Summit.

The standard distance of a Sprint Triathlon is 0.5 miles for swimming,12.4 miles for biking, and 3.1 miles for running. Although these are the standard benchmark for every leg, for sprint triathlons, it might be altered based on the terrain and roads of the local area. Also, it is possible to find modified sprint events such as mini-triathlons and super sprints that include 0.3 miles of swimming, 6.2 miles of biking, and 1.6 miles of running. The most popular distance that is widely used is the sprint triathlon. Commonly, sprint options are not available for long-course events such as Ironman.

The distance of an Olympic triathlon is exactly twice the length of a sprint. For swimming, the distance is 0.93 miles, 24.8 miles for biking, and 6.2 miles for running. Although long-course races and ITU have been commonly used for several years, the Olympic triathlon was only officially introduced in Sydney, Australia during the 2000 Olympic Games. Professionally, Olympic triathlon and other versions such as Super League, ITU, etc. are the only forms that are regarded as draft legal.

For those athletes who are just starting, moving from sprint to Olympic triathlon can be a challenging leap. Oftentimes, it will take between one to two hours to fully complete sprint triathlons. On the other hand, Olympic triathlons can be completed in 3 hours or more. Consequently, Olympic triathlon requires more devotion to training, most especially in developing strength and endurance in order to make them faster and avoid any injuries.

Half-Ironman triathlons are also known as 70.3 triathlons since 70.3 is the total mileage for all three disciplines. In other words, this half marathon is a combination of 1.2 miles of swimming, 56 miles of biking, and finally 13.1 miles of running. Often considered as the ideal distance, 70.3 triathlons are not as demanding compared to full-Ironman. However, they can test the stamina, endurance, and mental resilience of triathletes. Nevertheless, 70.3 triathlons might be more attainable for age-grouper athletes since the level of devotion and training increases for full Ironman triathlons.

That is why most Ironman events are either offered exclusively for 70.3 races or most athletes will choose to race the half triathlon rather than the full triathlon. 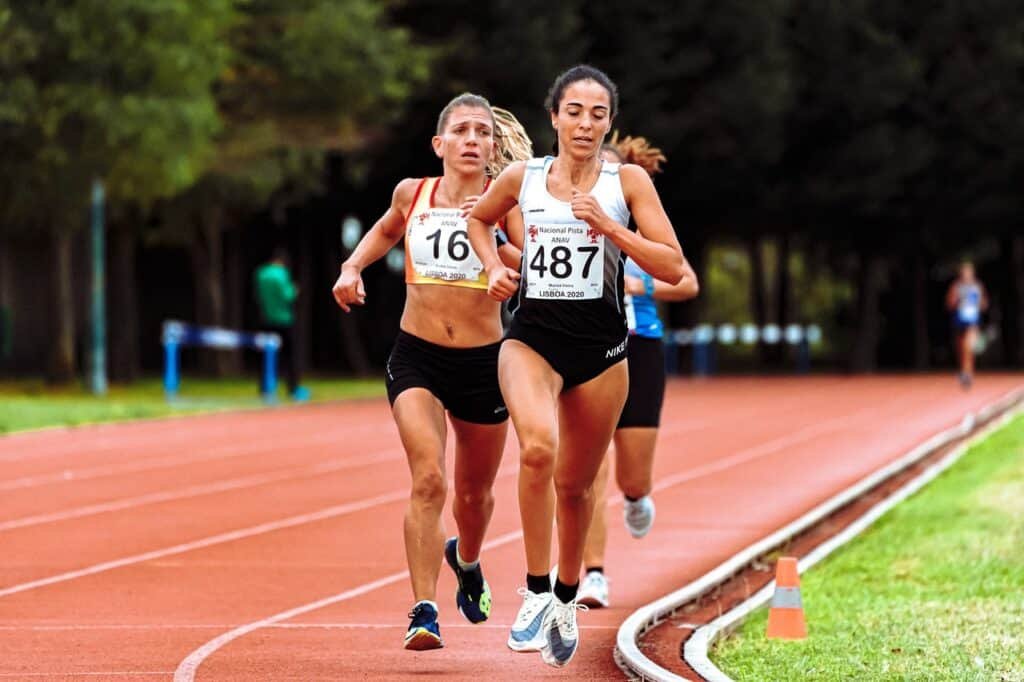 The Ironman triathlon is considered the holy grail of multisport with a distance of 140.6 miles. This race started way back in 1975 in Hawaii. Gradually, it has evolved to become the most iconic race for long-course athletes. In Kona, Hawaii, the Ironman World Championship is held every year, particularly in the month of October. It is participated by top and professional athletes. They will meet to take one of the challenging courses in sports.

For an Ironman triathlon, the overall distance is 140.6 miles. It covers swimming with a distance of 2.4 miles, biking in 112 miles, and running for 26.2 miles. Typically, for top age groupers, the average time that they will arrive at the finish line is between 10 to 12 hours. However, most athletes will finish the race beyond the 12-hour mark.

Through the years, extensions of Ironman have emerged. One of the great examples is Ultraman, which is also held on the island of Kona. The total distance of this event is 320 miles, which comprises 6.2 miles of swimming in the open ocean, 261.4 miles of biking, and finally, 52.4 miles of ultra-marathon run. This race is definitely a true test of extreme endurance and could be completed over the course of three days.

Where should you begin? Generally, if you want to complete your first sprint triathlon, then you should train for at least 12 weeks before the scheduled event. If you are physically fit, healthy, and excellent in swimming, biking, and running, then an 8-week training program will likely be sufficient enough. On the other hand, if you are starting from scratch, then you may require 16 weeks to train.

Plan your schedule for swimming, biking, and running

For every activity, such as swimming, biking, and running, try to complete at least two sessions during the week. You should also incorporate a brick session, for instance, a swim and bike workout or a bike and run workout which should be accomplished back-to-back. Furthermore, every week you should try to incorporate an open water swim or two in case the race will take place in a body of water rather than in a pool.

Each week, try to increase your distance by at least 10 percent. Before the actual race, you must be able to accomplish 10 percent more than the total distance of the event for every sport. This means, for a sprint event, you should complete 0.55 miles of swimming, 13.6 miles of biking, and 3.4 miles of running. 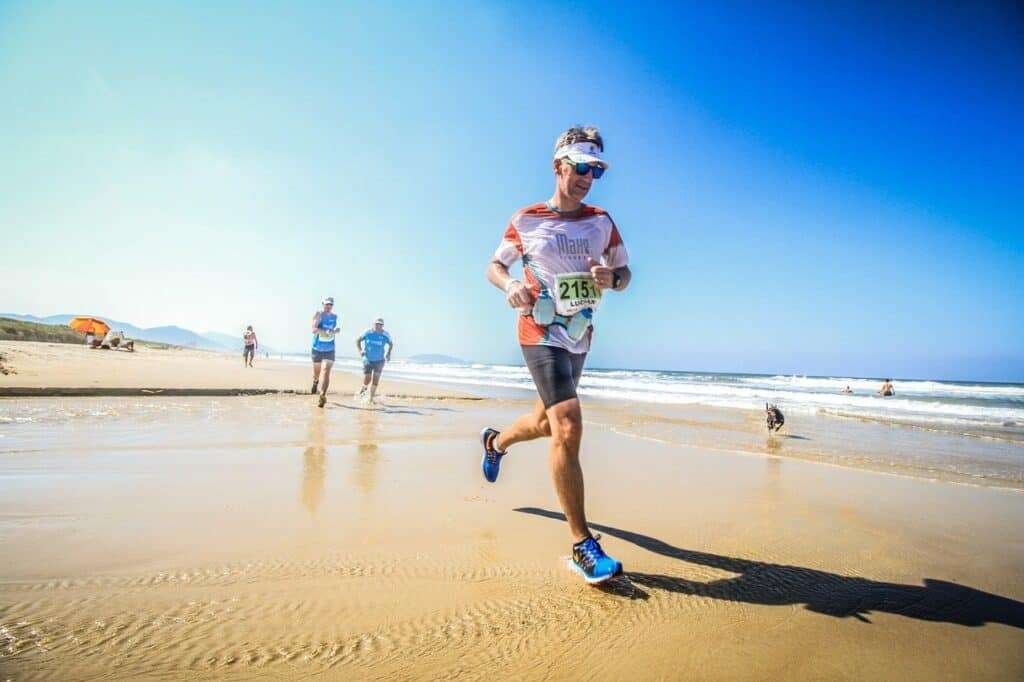 Resistance training is a crucial part that should be included in your weekly program. This can be completed after your main endurance work. In this training, be sure to include exercises that can help in strengthening the major muscles required for each discipline. At the same time, it should encourage stability and mobility for an accurate range of motion.

Take a rest for a day or two

As much as possible, try to take a day off or two for each week. This is very important for your recovery. You should take your rest days before or after having a long brick workout or take both if you are incorporating two rest days in your training program.

Spend some time to familiarize yourself with the course of the event that you are participating in. If possible, you can practice swimming, biking, and running in each area.

For triathlon beginners, swimming is one of the most challenging sports. If you are not familiar with swimming, then you should look for a coach that can provide you with the right technique. Sometimes the most difficult part is learning to coordinate your breath with your stroke. If your stroke is not efficient enough, then you might be struggling to breathe.

Compared to the other disciplines of triathlon, biking requires the most efficient gear. You don’t really have to buy a new one. Although you can use your mountain bike or any other type of bike, if you want to achieve a better rate of time then you should use a standard road bike. When it comes to running, all you need for the race is to wear comfortable clothes and a pair of high-quality shoes suitable for running.